Home
About
Upcoming Events
Past Events
----
Government and Community Engagement
What have we learned from Mandela? Race and ethnic relations around the world and here at home 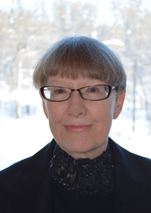 Dr. Diana Brydon (FRSC), Canada Research Chair in Globalization and Cultural Studies and Professor in the Department of English, Film, and Theatre at the University of Manitoba, has published widely on Canadian and postcolonial literary studies and how communities are adjusting to globalizing processes.  Her books include Decolonising Fictions, Shakespeare in Canada, Renegotiating Community, and Crosstalk: Canadian and Global Imaginaries in Dialogue. She studies how national and global imaginaries are changing, how they are interconnected, and what they mean for Canadian culture and research. Current projects include partnership development with the “Brazil/Canada Knowledge Exchange,” “Concurrences: Archive, Voice, and Place,” and “Ethical Internationalism in Higher Education”

Joy M. Chadya is a professor of History whose research centres on the connection between social inequality and access to basic human rights in Zimbabwe. She has published on migrant elderly farm workers; sexual abuse; gender and nationalism; war-induced internal displacement; the African diaspora; and the Zimbabwean funerary industry. Her forthcoming book, To be Tolerated Only in Invisibility: Re/membering the Zimbabwean Liberation War as Displaced Women in Hostile Colonial Harare, 1974-1980 traces the trajectory of women and children forced to relocate from war-torn rural Zimbabwe to the capital, Harare, where they were envisaged as trespassing Africans in a segregated urban space designated white. She is currently working on a SSHRC-funded research project on the shifting funerary practices in Harare from the inception of colonial rule (1890) to the present. 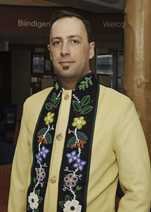 Mr. Ry Moran is the Director of National Research Centre for Truth and Reconciliation at the University of Manitoba, the national repository for audio, video, archival documents, art, artefacts and photographs collected as expressions of reconciliation presented at Truth and Reconciliation Commission events. He is working with Aboriginal communities and Survivor organizations, governments, partners, external agencies and University departments to fully establish the Centre. Since 2010, Moran has been the Director of Statement Gathering with the Commission. He previously owned YellowTilt Productions, delivering professional services in a variety of areas including Aboriginal language preservation. Moran is a member of the Metis Nation and holds a Bachelor of Arts from the University of Victoria.