This question is at the crux of current political and social debate and although scholars, politicians, lawyers and activists insist on the importance of such rights, the concept of human rights is difficult to define.

Amaya, Zegeye-Gebrehiwot, along with Katie Man and Kayla Jeanson, have conducted a series of interviews, both spontaneous discussions with people in the Winnipeg area as well as formal conversations with philosophers, historians, activists, lawyers, storytellers and artists with the intention of rediscovering a term that is as diverse and complex as our multicultural society.

“It is about unpacking the term and how we use it,” says Amaya who has found it most compelling to see how common it is for the concept of human rights to be perceived as “essential and universal, as if it’s something we’ve always had,” particularly when, in actuality, she says, “what scholars show us -- the way in which we now think of and use the term ‘human rights’ is very new."

Using the construction of the state-of-the-art Canadian Museum of Human Rights as symbolic springboard, the documentary attempts to reach back to a time before the concept of human rights, to see what can be pulled through and propelled forward into our common discourse.

"There are so many ways to consider human rights," says Zegeye-Gebrehiwot. "The point is to have a conversation about human rights, but one that goes beyond assuming the fixed, agreed-upon concepts."

When asked what has been most interesting to her in the making of the documentary, Amaya is taken by “the long-term, indirect benefits rights activism can have even when it doesn't appear immediately and directly that one has won a certain battle.”

The documentary, tentatively titled What are Human Rights?, will be completed by the end of the year.

For a peek into the making of the documentary, read blog entries by Sasha Amaya and Teddy Zegeye-Gebrehiwot, soon to be posted here. 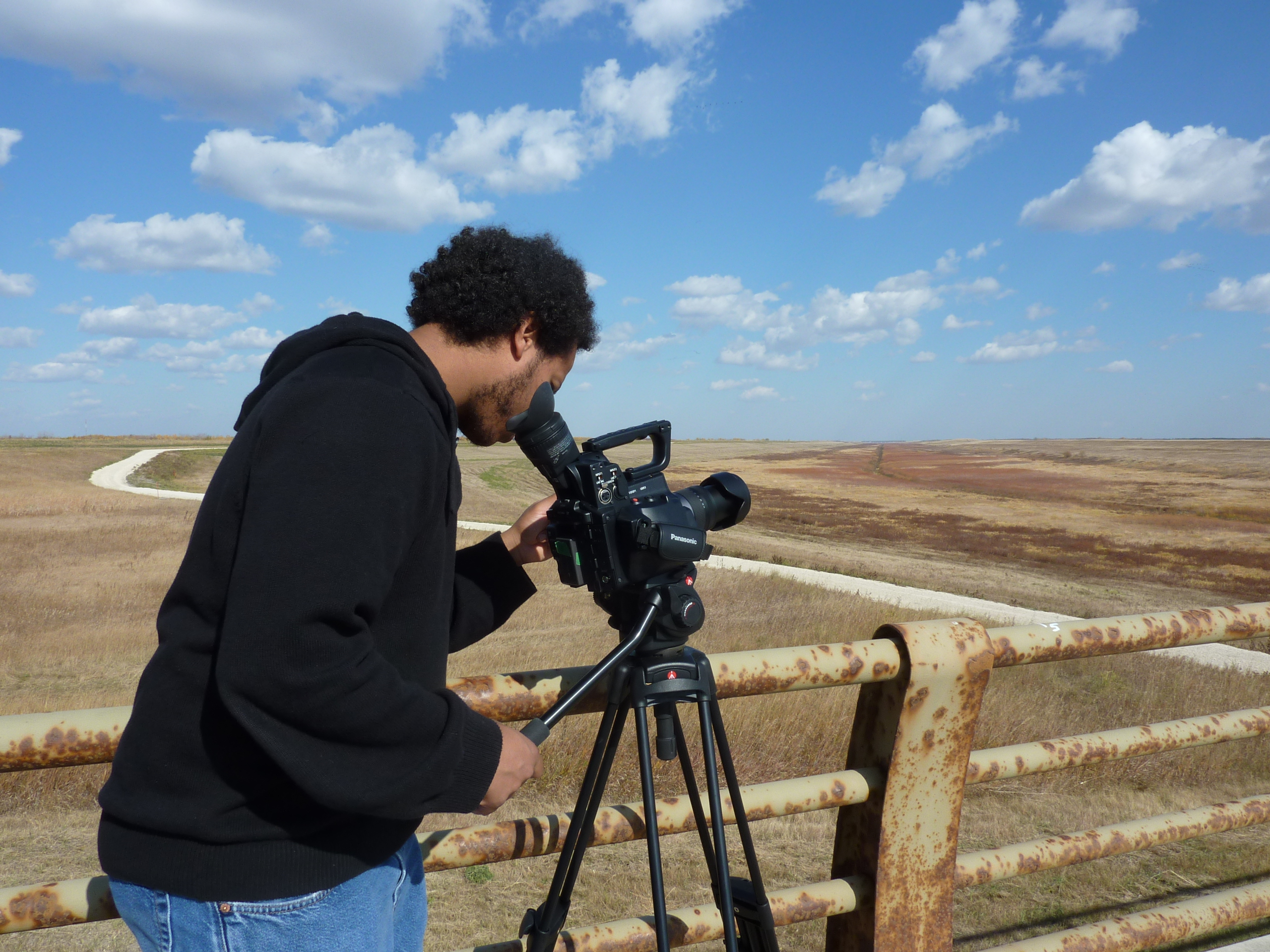 Teddy Zegeye-Gebrehiwot frames a shot
of the Red River Floodway for the
CCWOC documentary
What Are Human Rights?