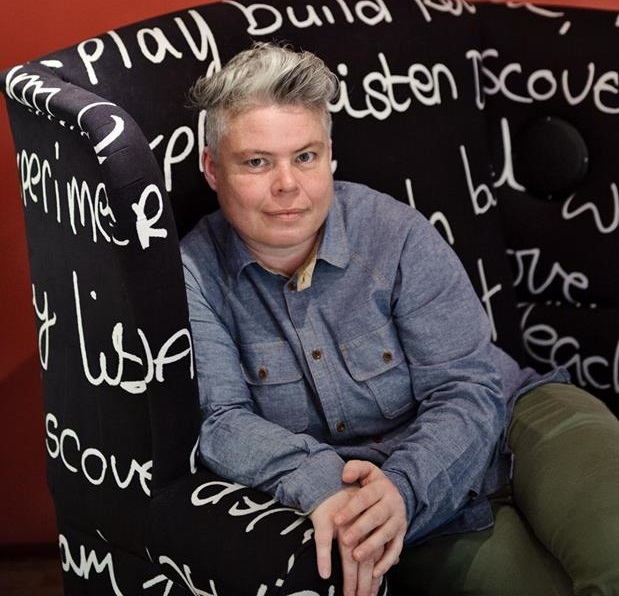 The Centre for Creative Writing & Oral Culture is delighted to share that our beloved past resident Louise Wallwein is back in town and will perform the world premier of her one-woman show entitled GLUE.

A Winnipeg International Storytelling Festival event, this show is FREE and open to all.  Hope to see you there!

About GLUE: A one-woman show mixing monologue, spoken word, live art and a sound score, GLUE tells the true story of Louise Wallwein and her first two meetings with her birth mother, three decades after being put up for adoption.  The audience is invited to share in a very private first reunion, but also the subsequent more public second meeting.  "There I was, tipped to be one to watch after doing a show on the wings of an aeroplane a year earlier.  1999, my life was moving in the right direction--a career, a new home and a new girlfriend."  Louise grew up in care from the age of nine and shows both her fierce independence and emotional vulnerability. "Born, transferred, placed, discharged, returned..."

About LOUISE WALLWEIN: Louise Wallwein is an award winning Poet/Playwright/Film maker from Manchester UK.  She is very proud to return to Winnipeg following her 2014 residency at the Centre for Creative Writing and Oral Culture during the coldest winter since records began.  Her career took off in 1998 when she performed an award winning one-woman show on the wing of a WW II Shackleton reconnaissance aircraft in the Manchester Museum of Science and Industry's Air and Space Gallery.