Home
Canada - Iceland Conference
Photo - 2008 The University of Manitoba and the University of Iceland signed a partnership agreement on November 15, 1999 that provides for an exchange of professors and students, and that will create a series of conferences to examine the relationships between Iceland and Canada.
The conference is intended to bring together students and professors and put them in contact with the community in Manitoba that is interested in Iceland.  Though the participants are experts in their fields, their papers have been designed to appeal to a broad community and are not narrowly academic.  The traditional topics of language and literature will be complemented by the subjects of education, history, medicine, law, gender studies, and anthropology.
August 2012 - The Canada-Iceland Conference: Origins call for proposals
2012 Partnership Conference to be held at the University of Iceland, Reykjavik, August 23-24, 2012.

August 2008 - The Canada-Iceland Conference : Man, Culture and Nature in Canada and Iceland.

According to reliable sources, the 6th Partnership Conference was a success, striking a creative balance between an academic pursuit and artful gatherings.  The spirit of generosity was also evident, and well received by the participants arriving from Canada.  This time around, the conference's program was centered on the theme of Man, Culture and Nature in a Canadian and Icelandic connection.  As to be expected, the generous banner invited a wide range of subjects from various disciplines.  The culture and history of Manitoba was on the conference's map, as were the reflections on the relation between man and nature in Icelandic contemporary society, culture and art.  A number of papers centered on the literature of Canada and Iceland and the various ways in which the writers respond to nature and the environment.  There were also some attempts at drawing a map of cross-cultural enterprises, focusing on the role of the fine arts in contemporary representation of cultural awareness.  There were also more scientific approaches to nature.  One session was devoted to geosciences and satellite applications, which have been used in the research of volcanic activity, a subject close to home on an island once referred to by a poet as the grave of fire.  Every conference should have at least one paper delivered on the magical aspects of space, seen from the perspective of mathematics, which was the case this time. 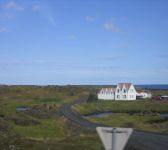 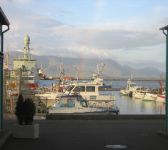 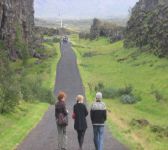 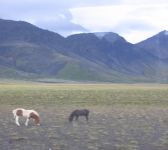 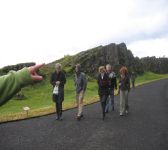 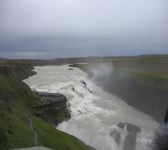